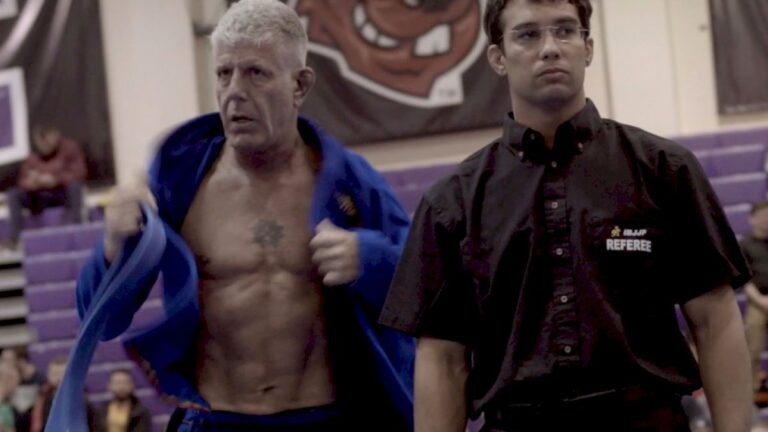 Brazilian Jiu-Jitsu or BJJ is gaining widespread acceptance due to its unique self-defense techniques. It is an effective martial art form that comprises predominantly ground techniques. Many famous personalities have chosen Jiu-Jitsu as their favorite martial art. The benefits that Jiu-Jitsu has for us are what make it so popular among renowned personalities.

Celebrities like Keanu Reeves, Ashton Kutcher, Demi Levato, Margot Robbie, Millie Bobby Brown, and many others have internalized Jiu-Jitsu as a daily part of their life. Getting to know the most famous BJJ practitioners can motivate any Jiu-Jitsu enthusiast to leap forward and begin their lessons.

Most acclaimed for his roles in John Wick and the Matrix, Keanu Reeves is one of the humblest actors Hollywood has ever produced. The Lebanon born actor had to learn Brazilian Jiu-Jitsu for his role in John Wick. Training under the widely acclaimed Machado Brothers, Keanu Reeves has shown a huge level of dedication in learning Jiu-Jitsu techniques. He opined that practicing Jiu-Jitsu gives one a less normal life, which he enjoys a lot. Alongside being a long time BJJ practitioner, Keanu also practices sword fighting and Kung Fu.

The popular American actor Ashton Kutcher acted in some quality movies in his career. Kutcher is most admired for his role in That 70s Show. He has received training on Jiu-Jitsu from the legendary BJJ coach Rigan Machado. Machado himself awarded the BJJ brown belt to Kutcher last year.

Best known for being Harley Quinn in Suicide Squad, Margot Robbie is an avid Jiu-Jitsu practitioner. The actress worked hard to make ends meet in her early life, and she had to be involved in three jobs at a time at one stage. She has claimed to spend 3 times a week training Jiu-Jitsu.

A BJJ black belt, Dillon Danis is one of the most renowned practitioners in the world of Jiu-Jitsu. He started practicing Jiu-Jitsu at the age of 15 being influenced by a street fight that he had to encounter back then. Danis used to be a feeble teenager who could hardly do push-ups. He received full-time training on Jiu-Jitsu at the Marcel Garcia academy and eventually became a black belt earner in 2015.

The eleven times world champion surfer Kelly Slater is a Jiu-Jitsu blue belt. He is known to drop in often to train at the Mendes Brothers’ Art of Jiu-Jitsu Academy in Costa Mesa, California. Kelly has trained with many Jiu-Jitsu giants like Buchecha, the Mendes Brothers, Rickson Gracie, PM Tenore, and others.

Vince Vaughn is one of the biggest comedy stars of the past 20 years who took up Jiu-Jitsu recently. A big fan of the martial art, Vince has even stopped by Renzo Gracie Academy in New York.

The famous TV personality Mario Lopez trains at Gracie Barra with his son. Mario was a high school wrestler, which ultimately introduced him to the Jiu-Jitsu world. He was ranked 7th in the California State in 1991.

TV personality and American chef Anthony Bourdain trained out of Renzo Gracie Academy in Manhattan. He was a blue belt under Igor Gracie. Anthony was extremely devoted to his Jiu-Jitsu. He almost curated an entire episode of his show, ‘Parts Unknown,’ around his love for Jiu-Jitsu. He was also known to train every day in a week. It is really surprising how the 60 plus Anthony did not take a single day off! Anthony was fond of competing, he won the gold at the 2016 IBJJF New York Spring Open in his division.

Ed O’Neill has been training Jiu-Jitsu for the last 22 years under Rorion Gracie. He received his black belt in 2017. Even at an age above 70, Ed still makes it a priority to go out and train as much as possible at the Gracie Academy in Torrance, California.

The stand-up comedian Joe Ragon is also known as the commentator for the UFC. Rogan started training in Jiu-Jitsu in 1996 under Carlson Gracie at his school in Hollywood, California. He is a 10th Planet Jiu-Jitsu black belt under long time friend Eddie Bravo.

The widely renowned rapper Wiz Khalifa started training Jiu-Jitsu under Rigan Machado. He is also a big fan of the art.

The famous film director Guy Ritchie is a long-time Jiu-Jitsu practitioner and a black belt under Renzo Gracie. He is extremely devoted to this martial art form and was a brown belt for 8 years before he received his black belt in 2015. Ritchie is also a black belt in Judo. He is known to set up mats in movie sets so that he and his crew can get some rounds in before shooting begins.

Mads Burnell is a Danish MMA talent who received his BJJ black belt from Chris Haueter after 3 years of intense training.

One of the most pronounced martial artists, Chuck Norris started receiving martial arts training in the 1950s. He used to train in different parts of the world before he achieved his black belt from the Machados. Chuck received his third degree in BJJ from David Dunn in 2015.

The British actor is famous for his role in Warrior – a popular MMA movie. Tom Hardy started Jiu-Jitsu training with the Royal Marines in 2011.