Home » Is BJJ Effective in a Street Fight?

Is BJJ Effective in a Street Fight? Find out everything you need to know. 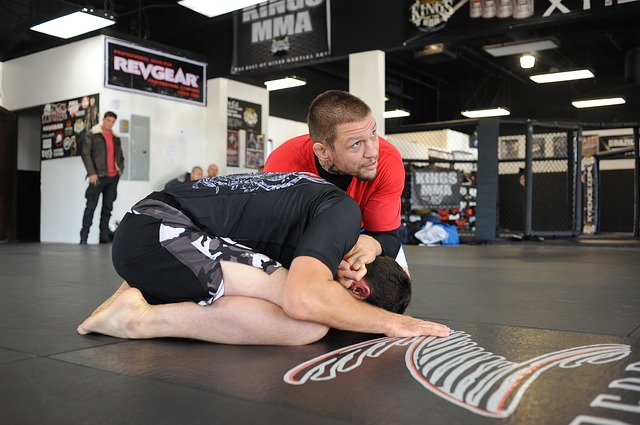 Brazilian Jiu-Jitsu is a very popular form of martial arts. In fact, it is one of the best martial arts in the world. It’s very effective when it comes to self-defense. It has a rich history where the effectiveness of jiu-jitsu in self-defense and MMA combats were proven and reaffirmed. However, is it effective for street fights? The answer would be yes to some extent.

BJJ can be effective in street fights; there are some techniques that you can take advantage of. Though in some scenarios, BJJ won’t do you any good, which can be slightly problematic. In this article, we will further discuss the effectiveness of BJJ in a street fight from different perspectives.

BJJ is a versatile combat sport that utilizes grappling, pressure points, submission holds, and chokes to defend against an opponent and put him to the ground. It allows a physically weak person to defend himself against a bigger and stronger opponent. So, regardless of strength and size, any person can learn BJJ.

The effectiveness of BJJ in a street fight is mostly dependent on the opponent you are facing and the scenario. Let’s talk about particular scenarios where you will find BJJ useful and effective.

BJJ works like magic when it comes to untrained opponents. Untrained opponents are not aware of any sort of fighting techniques. They don’t know when to strike, hence can’t take one down. If they are triggered, they are likely to go all offensive which you can capitalize and use their strength against them. You can either takedown or apply submission holds. In this case, takedowns will be the most effective.

If the opponent is big or bulky, they might think that they have an upper hand because they are stronger. So, they will try to strike first which will allow you to use BJJ techniques. Even if the bigger opponent manages to take you down, it’s not the end. You can easily apply a submission to the attacker even if he is on the top. Techniques like triangle choke, kimura, and omoplata will be most effective in this situation. If you successfully manage to pull off a submission, your opponent will surrender in no time.

If your opponent starts to throw solid punches and fast kicks, there’s nothing to be worried about. You can perform almost any type of takedowns on them. You just need to be careful about the timing. If you can manage to pull off the perfect timing, your opponent will be down on the ground in no time. However, if your opponent still tries to fight after they are put to the ground, you can always try submissions and weaken them.

BJJ has several techniques including striking and submission holds. If you want to learn BJJ, you will be needing to learn some of the essential techniques. The most effective techniques used in street fights are described below.

Double leg takedown is not necessarily a BJJ technique, but it’s essential for every BJJ student to learn during their training. Double leg takedown is very effective for street fights. The impact it causes is sufficient to put opponents of any size to the ground. Unlike a judo takedown, a Gi is not required.

Getting Out of the Mount

This is a very basic technique of BJJ. In case your opponent mounts, the first and the only thing you need to do is get out of the mount. By using this technique, you can easily get out of amount regardless of how big and heavy your opponent is.

Limitations of BJJ in a Street Fight

Though BJJ can be effective in street fights, there are several limitations for which BJJ may prove to be less effective.

Unlike a wrestling or boxing game, street fights have no rules and regulations. There are no time limitations and no one to stop. Moreover, there’s no guarantee that you will face a single opponent. You can be attacked by multiple opponents at once.

In the case of more than one opponent, striking methods like kicking and punching are the most effective. However, jiu-jitsu practitioners lack the ability to throw a proper punch or kick because of lack of practice and Jiu-Jitsu not promoting it.

However, a lot of martial arts enthusiasts also cross-train and learn other fighting styles. If you want to complement your BJJ self-defense techniques, even though most street fights end on the ground where you get the upper hand, why not look into adding some Muay Thai or other striking based styles?