BJJ Gi vs Judo Gi - What are the differences? [Solved]

When you think about the Uniform for any martial art, the first thing that pops to mind is a white jacket with a black belt tied around the waist. That uniform that is used in Judo, Jiu-Jitsu, and even Karate and is called a Gi; but remember that not every Gi is the same.

Therefore, if you are in the market for a new Gi, and can’t understand which is better, this article will definitely help you out.

Quick one: We also have an article if you are interested in learning more about the difference between BJJ and Judo in general 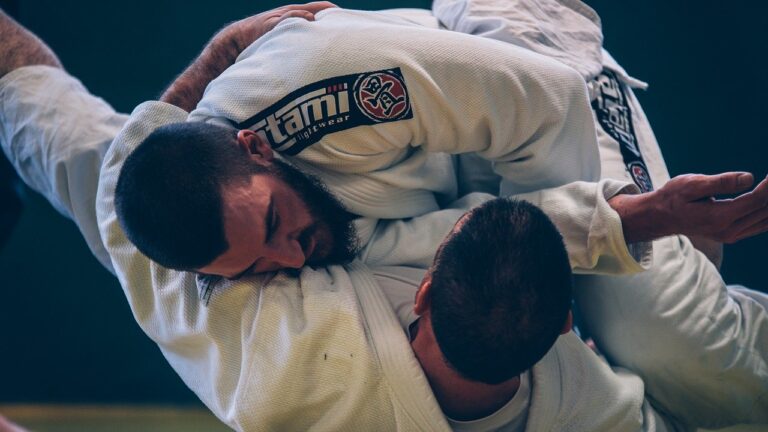 How is a BJJ Gi different from a Judo Gi?

When it comes to BJJ and Judo Gis, there are a few key differences that you should know about. First of all, Judo Gis have baggier sleeves, which open up a lot of opportunities for grips that offer wrist control. Secondly, Judo Gis have a longer skirt than BJJ Gis. Judo Gis usually have thicker lapels and collars.

In contrast, the Gis used in BJJ have tighter cuffs, which make it more challenging to execute certain techniques. Moreover, the skirt of the jacket is shorter. Overall, BJJ Gis are lighter and more flexible.

When it comes to material, there isn’t that much of a difference between Judo and BJJ Gis, both are made using similar materials. High-end Gis, whether BJJ or Jiu-Jitsu, are made from durable cotton, which makes them more breathable, and easier on the skin.

Synthetic materials like polyester and nylon are also used to make Gis, and where these Gis are more durable, they can’t be as comfortable as cotton. Moreover, when your opponent pulls on your collar or lapel, you are much more likely to get Gi burn.

Double weave cotton weaves are quite durable and airy, but they can get a little heavy, and expensive. Synthetic Gis come in different types of weaves including honeycomb and pearl. They are usually quite durable and lightweight.

The weight of the Gi is another important factor, and usually, Judo Gis tend to be heavier, however, a cheap Judo Gi might be similar in weight and material thickness to a BJJ Gi.

On average, a “competition legal” BJJ Gi weigh less than 2 kgs, whereas Judo Gis can be double that in weight because of the thicker weave, and heavier collars, cuffs and lapels.

Judo and Jiu-Jitsu Gis are quite different. In competition,  the cut and weight of the Gi play an important role. A Judo Gi will be legal in a BJJ tournament that follows IBJJF rules, assuming it is the correct size. When it comes to cut, apart from the baggier sleeves and longer skirts, Judo Gis also tend to have thicker material for the collars, cuffs and lapels.

Can you wear a Judo Gi for BJJ?

The straight answer is yes, whether you are training or in competition, you can wear a Judo Gi for BJJ, and doing it has both its advantages and disadvantages.

For instance, If you like to do Ezekiel chokes, then baggy sleeves come in handy, similarly, If you like to do the ‘garotte’ choke with your own lapel, then having a longer lapel is great. However, baggier sleeves and longer lapels give your opponent more opportunities to get better grips. However, if you hate it when your sparring partners start playing worm guard or spider guard, having a shorter lapel might be better because they are harder to grab onto.

Though a Judo Gi will be legal in a BJJ tournament that follows IBJJF rules, assuming it is the correct size. Most people would not choose to wear one. Apart from the technical reasons mentioned above, weight is also a concern. Judo Gis are heavier, and though some tournaments may allow athletes to weigh in without their gi, in IBJJF and other compliant promotions, you have to weigh in right before you step on the mat, and a heavier gi could easily add a couple of pounds to your weight.

Can you wear a BJJ Gi for Judo?

Though Judo Gis are legal in BJJ tournaments,  it doesn’t go the other way around. BJJ Gis aren’t legal in Judo competition, however as far as training is concerned, you could use them, but keep in mind that you may get some complaints from your sparring partner.

Judo focuses a lot on throws, and trips that require strong grips on the opponent’s Gi, therefore, tighter and smaller BJJ Gis that don’t offer that good of a grip are not allowed in Judo competition, or even in a Judo class sometimes.

The color of your Gi can also make a lot of difference, though it isn’t much of a concern in BJJ, in Judo, you need to wear specific colors, both for competition and training. Judo Gis are usually either white or blue, especially during competition. On the other hand, there are loads of different colors in BJJ that are widely accepted, even in some tournaments.

However, individual clubs do have their own rules of what’s allowed and what’s not. Some clubs that like to follow the tradition of the martial arts more seriously, may limit you to the standard color Gis for training, both in Judo and BJJ.

In BJJ, you can also add patches to your Gi, both of your individual clubs, and sponsors. Actually, there is a long-standing joke that BJJ Gis look like they belong to NASCAR because of all the branding and patches on them.

In short, if you are buying your first Gi, it’s better to stick with the colors that you know are accepted everywhere, white and blue for Judo, and white, blue, or black for BJJ. It is also good to consult your club first, because some of them, the Gracie clubs, have their own Gis that they require their students to wear.

How much does a BJJ Gi cost?

If you are buying for a BJJ Gi for the first time, it can be a little overwhelming. There are loads of different Gi brands, and styles that are available at different price ranges. In general, a BJJ Gi can cost somewhere between $50 to $200.

The cost of any Gi depends upon the material, the weave, its style, durability, and the brand. Extra features like anti-odor protection also cost extra. Typically, you can get a light Gi for less than $100, even as little as $40 sometimes, hybrid Gis go for around $150, whereas high-end competition Gis can also go over $200.

Since there is a lot of freedom for design and styles with BJJ Gis, some limited edition Gis can be even more expensive.

How much does a Judo Gi Cost?

Typically, Judo Gis are more expensive than BJJ Gis, mainly because they are mostly made from double-weave cotton, and more material is used. Still, you can get inexpensive Judo Gis as well, sometimes for as little as $50 to $70.

We have also written a review on the best Judo Gi for beginners here. Check it out to learn more about brands and more details.

However, if you are buying a premium Competition Gi, it can set you back about $200. Still, that is perhaps the biggest investment for training Judo. The clubs are usually relatively inexpensive, and so are the tournaments. 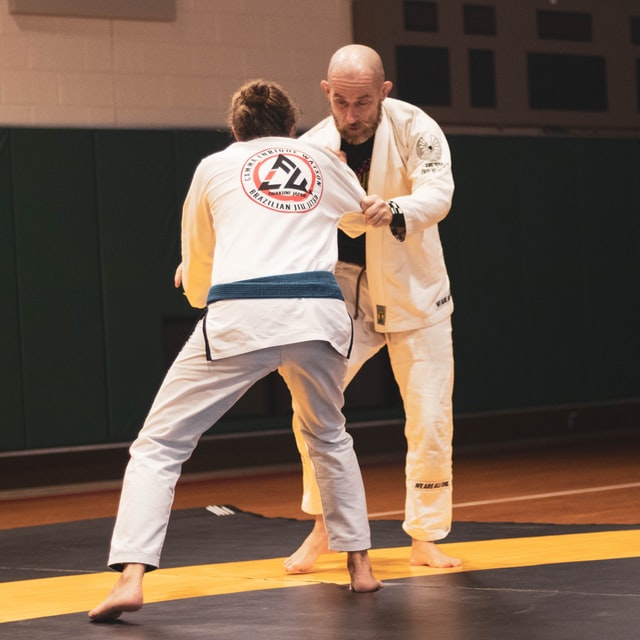 How to get the right size BJJ Gi?

If you want a BJJ Gi to fit, you need to get the right size, however instead of small, medium and large, the sizes for Gis can be a little different, here is a size chart for selecting a BJJ Gi depending on your height and weight.

How to get the right size Judo Gi?

The sizing chart for Judo Gis is different, here it is.

So, in conclusion, Judo and BJJ Gis are quite different, even though they may look similar. If you’re looking for a Gi, I hope this post helps you out.